The Law of Inertia – S. Gonzales 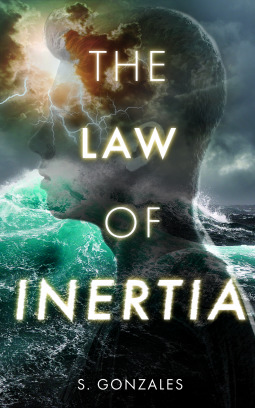 Title: The Law of Inertia

When James’s boyfriend died by suicide, no one questioned what happened. A foster kid with a checkered past and a history of suicide attempts, Ash was just another number in a system that failed him. But to James, Ash was never just a number, and the facts around his death no longer stack up so neatly.

Now James has plenty of questions, and the one person who might have held the answers—Ash’s older brother, Elliot—has left town. And if anyone knows where he is, they aren’t talking. As James searches for Elliot and uncovers the tangle of lies and false alibis he left in his wake, he grows suspicious of what really happened on Ash’s last day.

After all, innocent people don’t run.

Books about topics such as these are triggering and tricky sensitive. I love it when books like these are educating rather than damaging. And I fear that The Law of Inertia can be a bit damaging. PLEASE. PLEASE. TREAD WITH CAUTION. OR LEAVE.

I warned you, please. If you’re uncomfortable with such topics. Go.

It was introduced in a big picture, getting the reader’s hold and full attention. The mystery was right off the bat given to us, for us to grow antsy and anticipate in the chapters to come.

The style of the story-telling was in the narration of three-point of views in past and present manner. Sounds complicate right? No, it wasn’t. I liked the technique and how effective it was in the earlier stage of the book. It was all going great, the pace, the narration, all is smooth sailing.

I was even surprised by the diversity featured here. James, a half-Filipino queer character. It’s really great. I felt seen, as a Filipino. Not only that there are other two, a Hispanic character, Louise and given the mention of Saras garment at one time she is from a different race I presume.

Ash’s character was written in such accuracies, I did suffer from anxiety too, to a fault that I would go from hanging with friends in the mall to leaving immediately. And I have no guts how to face them the next day; how should I explain myself, am I even worthy of their time?

I can relate, I feel represented in that ground.

Our character, Ash suffers from anxiety and depression, had attempted suicide and had been pursuing that high of relief, he cuts himself. His closest family was his older brother Eliot whom they live together with their foster parents. With these factors present and to top things off with the happenings in their foster home, Ash must have felt trapped helpless, he committed suicide.

But James felt something is off. Something isn’t right and his older brother Eliot have been avoiding and hiding away from him.

And that’ s the mystery that will let you grip longer with it.

However, things started to drift mid-way,

I notice no further development with Louise. She’s one of the eyes we get to see through, yet it was the middle of the book and I hadn’t learned any further character trait from her character, other than those from the introduction stage of the book. She exists, used and was disposed of later in the end as a convenience to someone?

As James went on the hunt for the answers his been trying to look for, he did.

With these elements aforementioned above, those themes, all of it. I felt that it was used in a contrived manner at the expense of having a sturdy case~of build up in the plot turned into a twist?

I feel bad how this one went.

Disclosure: Copy provided by Amberjack Publishing via NetGalley in exchange for an honest review. All views and opinions are my own and don’t necessarily reflect the author, the author’s work, the publisher, nor any other group of people, nor receive any monetary compensation for doing this review.

5 thoughts on “The Law of Inertia – S. Gonzales”